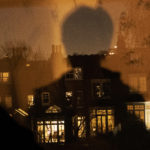 The National Theatre have announced director Grace Gummer as the first recipient of the NT Women of Tomorrow Directors Award, as part of a partnership with the CHANEL Fund for Women in the Arts and Culture and inaugural venue partner The Yard Theatre. Grace was selected from over 160 applicants by the panel which included representatives from the NT and The Yard.

Grace previously worked at The Yard as Resident Assistant Director on LINES by Pamela Carter, RE:Home by Cressida Brown, and Alexander Zeldin’s production of Beyond Caring which transferred to the Shed at the National Theatre in 2015. Grace was also previously a trainee director at the Royal Court in 2016-2017, where she has assisted on several productions including Anatomy of a Suicide, Road, Victory Condition, Gun Dog and Glass. Kill. Bluebeard. Imp.

Grace’s own directing credits include Reality by Stuart Slade, a Royal Court and RWCMD co-commission in Cardiff and at the Gate Theatre, Roman Candle by Tom Fowler which opened at Theatre 503, before touring to Manchester, Edinburgh and Burnley, Butter by Lady Junk Theatre at the Vaults, where they won an Origins Award for Outstanding New Work and most recently Germ Free Adolescent by Natalie Mitchell at the Bunker Theatre. Grace was also Literary Associate at the Royal Court in 2019.

As the recipient of the award Grace will work as the Resident Director in the National Theatre’s New Work department for 6 months, facilitating projects and gaining insight into the work of some of the UK’s leading theatre writers and directors. Grace will also stage her own production at The Yard Theatre in autumn this year, to be announced this Spring.

Speaking about receiving the Award, Grace said: “I am thrilled to be the first recipient of the NT Women of Tomorrow Directors Award which will give me the opportunity to work with not one but two different buildings of brilliant people.  Spending the next six months in the creative environment of the NT’s New Work department is the perfect preparation for directing a production at The Yard, a building dedicated to pushing contemporary theatre forwards. It’s rare for emerging directors to be given the opportunity to direct a production, especially of a brand-new play at scale, and this Award will provide me with the resources and support to realise my ambitions.”

Rachel Twigg, Senior New Work Manager at National Theatre, who was on the interview panel, said: “We were all struck by Grace’s passion and dedication to creating bold, exciting new work and were delighted to offer her this Award. Grace has an incisive and forensic mind for developing new writing and she is currently at the forefront of creating theatre with new artists and voices. During the interview process Grace showed a real commitment to move to the next stage of her career and to make work at a larger scale so we are thrilled to be able to support her with this Award. We’re all very excited to see what she will go on to achieve in this role and beyond.”

Jay Miller, Artistic Director of The Yard Theatre, said: “Throughout a very competitive process full of really inspiring women, Grace’s intelligence and imagination and generous spirit shone brightly. I have been following Grace’s work for a number of years and am so excited to develop a relationship with her as she makes her first production for The Yard’s stage. I am proud to have her working in the building and can’t wait to see what she makes.”

The NT Women of Tomorrow Director’s Award forms part of a new partnership between the National Theatre and CHANEL Fund for Women in the Arts and Culture. In addition to the Award, the new partnership will also support the National Theatre to continue its work in fostering a generation of female artists and increasing female representation in the sector. In line with this aim, the partnership will also encompass the New Work department’s work in providing dramaturgical and creative support to female playwrights and directors under commission, and support female-led workshops, which create a space for playwrights to develop their play in collaboration with actors and creative teams.