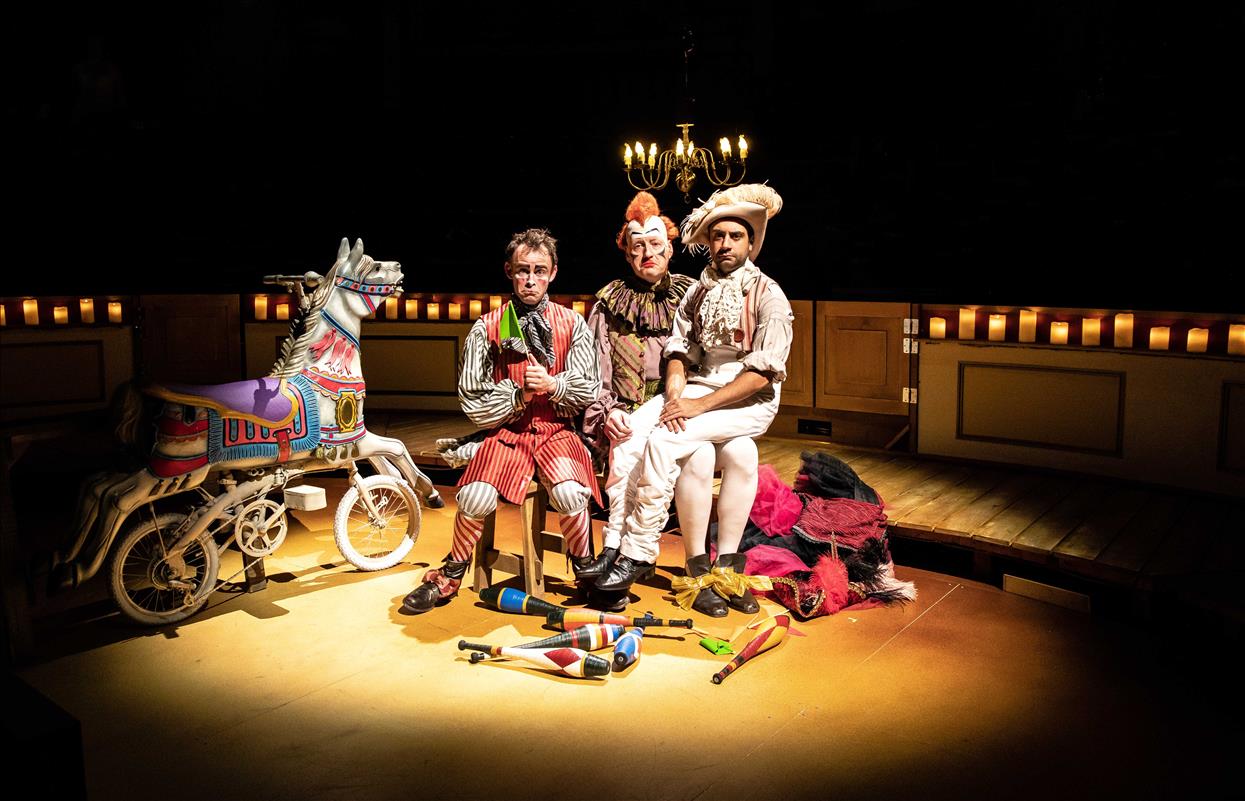 Introduced as the New Vic’s most ambitious production to date – Astley’s Astounding Adventures already had a lot to live up to. Based on the incredible life story of locally born Philip Astley – the founder of modern theatre back in the 1760s.

The play was commissioned by the New Vic – written by Staffordshire writer Fraser Flintham, who admits that he hadn’t heard of Philip Astley prior to the commission, but how thrilled he was to bring Astley’s story to the stage as Newcastle Under Lyme becomes the focus of this year’s Circus 250 celebrations.

From script to stage, Director Theresa Heskins (and her co-director Vicki Amedume) along with their capable team have done the rest. With a remarkable effort to bring every word to life.

The result is a magnificent combination of theatre and circus, acting and acrobatics, love and hate, loss and triumph – in a stunning two hours worth of entertainment.

It is even more fitting that this play should be in the round.

13 cast and their band, including some familiar faces (Michael Hugo, Andrew Pollard and more) deliver the vision exceptionally well. On an intelligent set that more than looks the part.

The life of Philip Astley of course was extraordinarily interesting. He took incredible risks, married his business partner, performed for the King and at one stage lost his license to perform altogether.

It makes for an unbelievable show.

Like Astley himself, the New Vic continues to raise the bar. This unmissable celebration of performance art in all it’s forms is a humbling and inspirational treat that we may not get to see again for a long time.

Suitable for all the family, it is imperative that you buy your tickets for this truly Astounding production which runs until Saturday 28th July. Book now on 01782 717962 or visit www.newvictheatre.co.uk.