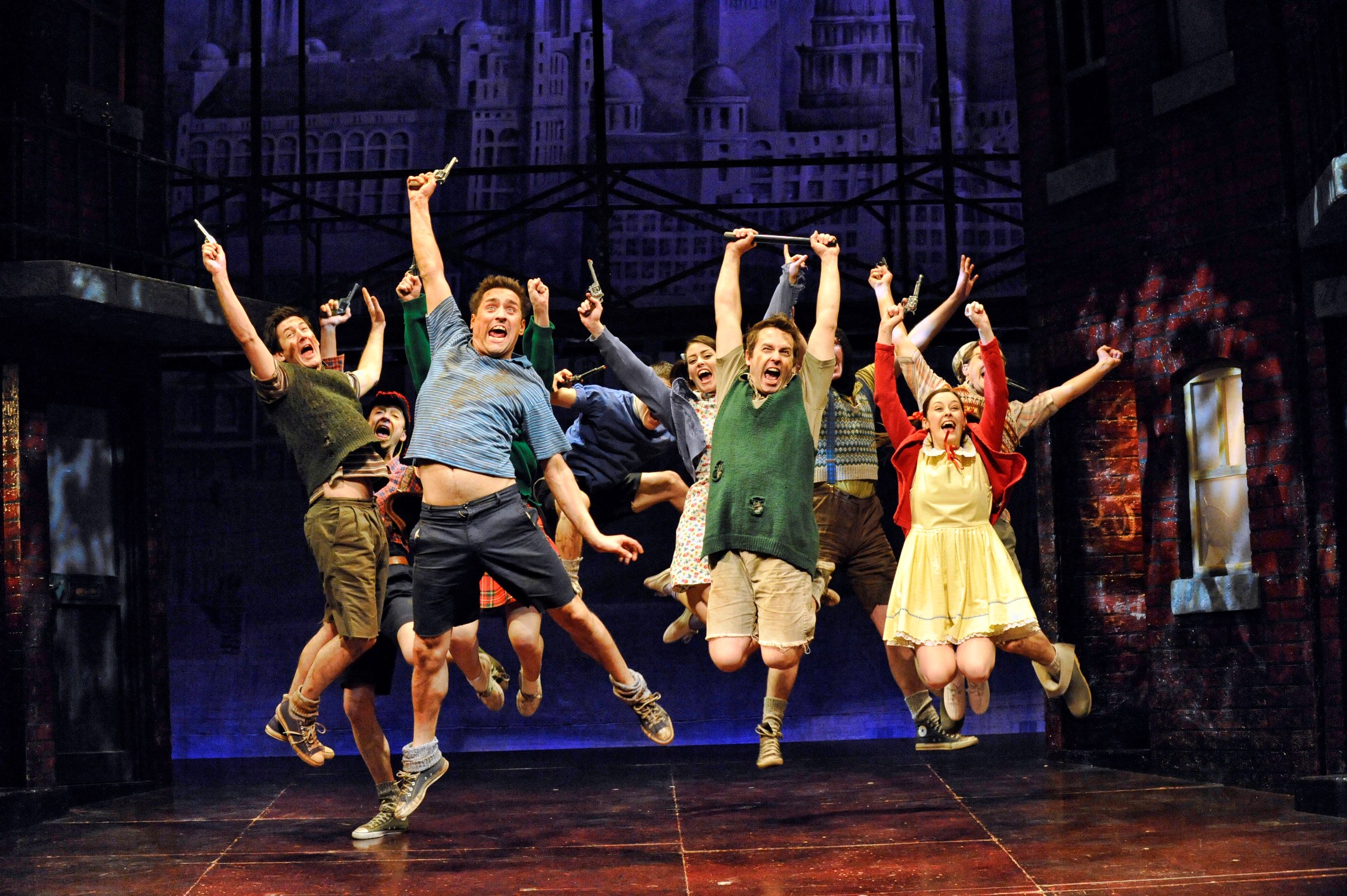 ‘Have you heard the story of the Johnstone twins, as like each other as two new pins………’ those of you that know some or all of the following lines will know that this phrase sets the scene in the opening of one of the best musicals of all time.

Blood Brothers, written by award-winning playwright Willy Russell has triumphed across the globe. Scooping up no fewer than four awards for best musical in London and seven Tony Award nominations on Broadway, Blood Brothers is simply unmissable and unbeatable.

In an intimate setting, with the audience close to the stage, the Crewe Lyceum Theatre is a great venue for the eerie transitions from scene to scene, with all of the audience hooked following the story as it progresses, and characters develop. The narrower stage really helps create the street like life within Liverpool and the characters truly bring this classic to life.

When Mrs Johnstone, a young mother, is deserted by her husband and left to her own devices to provide for seven hungry children she takes a job as a housekeeper in order to make ends meet.

It is not long before her brittle world crashes around her when she discovers herself to be pregnant yet again – this time with twins! In a moment of weakness and desperation, she enters a secret pact with her employer which leads inexorably to the show’s shattering climax. A sensational cast, incredible show stopping music, remarkable staging and five-star performances make Blood Brothers an enthralling night of entertainment.

The iconic role of Mrs Johnstone was played exquisitely by Chloe Taylor. You were gripped throughout the evening as you saw the joy, pain and love from a mother towards her children, along with the clear anguish of seeing her son grow up under the care of another woman. Chloe’s depiction of Mrs Johnstone was by far the best I have seen in a long time. A truly fantastic performance and one not to be missed.

Playing alongside Chloe Taylor as Mrs Lyons was Gemma Brodrick whose depiction of Mrs Lyons insecurity around the pact they made, and the development of her insanity was played very well with the audience truly believing and feeling her pain.

For the duration of the show it was clear to see great developments in the characters especially as the children aged to adults. A special mention to Mickey, played by Alexander Patmore, who transitioned from the age of 7 (sorry, nearly 8) through to 14, on to 18/19 and into adult life. His depiction of the childish nature as a young child through to the adult battling depression were a credit to his skill and talents as an actor and the vast difference between his portrayal of Mickey and Joel Benedict’s portrayal of Eddie Lyons (which is equally as good) really shows the difference between the twins upbringings and how it could be a matter of circumstance that led to their different development, or possibly just a difference in class.

Blood brothers is at the Crewe Lyceum 5 – 9 November with matinees on Wednesday, Thursday and Saturday.

This really is one not to miss, you will not be disappointed with this well-crafted version of the Willy Russell classic.

Alexandra Burke to star as The Narrator this summer in Joseph and the Amazing Technicolor Dreamcoat, at the London Palladium
Latest News
/