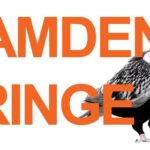 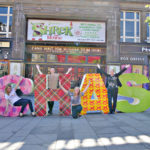 A successful Buxton Fringe concluded on Sunday July 23rd with the eagerly-awaited Awards Ceremony this year held in the brand new venue of the Rotunda in the Pavilion Gardens.

Chair Keith Savage thanked all those who had entered events in this year’s bigger-than-ever Fringe thanking them for the “entertainment and stimulation” they had offered to thousands of people. He went on to thank supporters including sponsor The University of Derby, High Peak Borough Council, The Trevor Osborne Charitable Trust and a growing band of Fringe Friends, as well as the Fringe committee’s “highly skilled professionals who do so much without charging for it”. Keith explained that the Awards were to recognise excellence but that the Fringe itself avoided the term “best”. He made particular reference to the Rotunda and also to Underground Venues, which had “done a brilliant job in making the transition from The Old Hall to The Old Clubhouse”.

Theatre saw the Production Award going to the electrifying Peer Gynt by Oxford-based Gruffdog Theatre, while the John Beecher Memorial Award for original, challenging work with high production values went to the colourful Kardashian/Mozart mash-up, The Marriage of Kim K by Manchester’s Leoe & Hyde. Jessica Newborough from Nuneaton-based Sudden Impulse picked up the Actor Female award for Vincent River while Ross Ericson of Grist To the Mill won Actor Male for The Unknown Soldier. The cross-category New Writing award went to Matthew Floyd-Jones for Richard Carpenter’s Close to You.

In Comedy, Buxton local Marcus Crabb won the Comedy Event prize for the show Kate Butch In Kate If You Wanna Go Butcher while Comedy Individual went to London’s Harriet Braine for Total Eclipse of the Art.

The Other Event award was given to Mr Simpson’s Little Consort for the deliciously bawdy Cupid and the King while For Families went to Bristol’s Whispering Woods for its magical and acrobatic The Boy Who Grew Wings and Spoken Word to Sheffield’s Genevieve Carver and The Unsung Funeral Band for The Unsung.

Buxton acquitted itself well as a town with local winners including Buxton Drama League’s The Shakespeare Jukebox for Street Theatre, Buxton Pride Picnic for the Spirit of the Fringe award, Wallflower Dance’s A Night in Havana for Dance.

Edinburgh Playhouse’s Support For Scottish Charity Is A Smash Hit