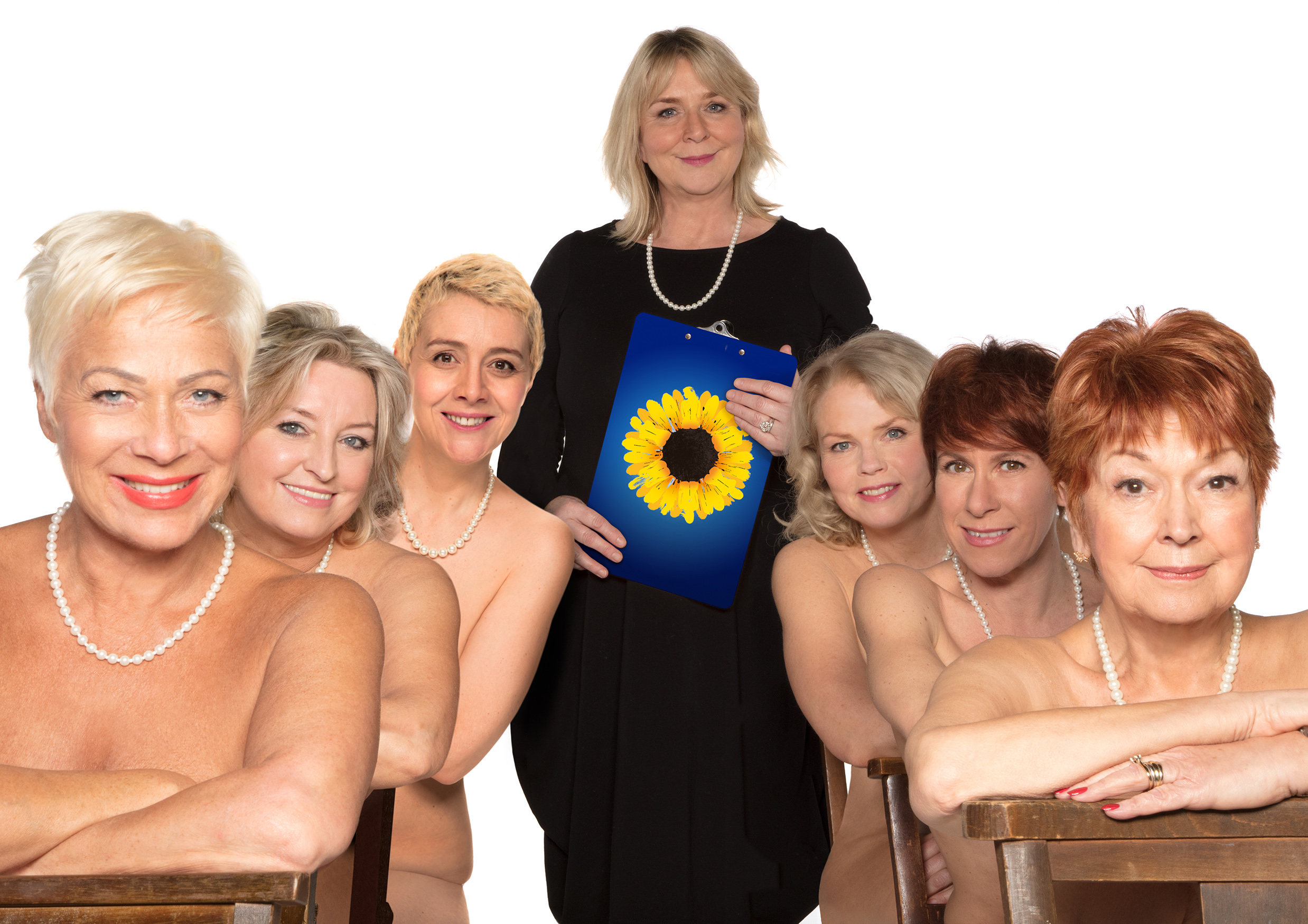 We’ve all heard of the incredible Calendar Girls film that came to our screens in 2003 which saw a group of (more mature) Yorkshire women take their kit off to produce a calendar, all in the name of charity.

Based on a heart-breaking and uplifting true story, the film became an iconic must-watch movie that managed to elicit the perfect balance of laughter and tears. Following on from the film’s success, writer Tim Firth opened the stage play in 2008, a storming success and extremely popular with both professional and amateur groups.

This new musical version, coupled with the fact that Gary Barlow has co-written it, is again a huge triumph. And what an absolute treat it is – this musical beautifully tells a story that takes the audience on a rollercoaster ride of emotions and through the medium of song provides an insight into the characters’ feelings on an even deeper level.

In the programme notes, Firth estimates that he has changed 90% of the story.

Watching the musical, the memories and the essence of both the film and the play are there but it is somehow newer, fresher and this time cuts even deeper. Watching the characters’ pour their emotions and feelings out of their heads in song-form is truly captivating; the writing of the music is sensitive, intelligent and carefully crafted to suit both the lighter and darker moments.

All of the cast are fantastic, but the main girls are exceptional in their portrayal of the various members of the not-so-conventional Women’s Institute.

Television’s Fern Britton plays Chair of the W.I, the prim and proper Marie, trying to keep the entire group in check. Britton is perfectly suited to the role, and plays alongside fellow television star Denise Welch. Welch is fantastic as
Celia, another really well-suited role and has a great uplifting, positive, body-confident song in Act II.

Leading lady Anna-Jane Casey really does steal the show as Annie. Her ability to both warm and break the audience’s heart in tandem shines through in both her naturalistic portrayal and through several bitter-sweet songs about coping
with the loss of a loved one.

Rebecca Storm is perfect as Annie’s best friend Chris, the one who comes up with the idea of the women baring all to create a nude calendar. Storm has a fantastic voice, and again there is so much truth in the women’s voices in every
word they sing and say.

Theatre favourite Ruth Madoc is loveable and hilarious as Jessie and has a real shining moment in Act II, Karen Dunbar is a modern, realistic and gritty single-mum Cora and Sarah Crowe is both tragic and funny as the timid, no-nonsense Ruth.

These women are brave in real life to do what they do night after night, to (almost) bare all in front of thousands of people in what is an emotionally and physically demanding show.

The three young members of the cast Isabel Caswell, Tyler Dobbs and Danny Howker are fantastic at portraying the younger generation and their feelings in contrast to the main characters. All three have moments to shine, Danny Howker in particular as Chris’ son Danny, as he battles girls, school and seeing his mum topless on the Yorkshire Dales.

This musical is full of impeccably timed comedy moments from the dialogue to the more risqué physical movement. There are intense moments of grief and loss with beautiful moments of solidarity and friendship in this story of what can happen when a light is shined in the darkest of times.

With an exceptionally talented cast to (literally) pull it all off, Calendar Girls makes for an incredible night of entertainment, a must-see show this year.