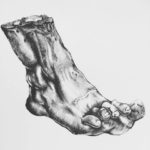 A cast of familiar faces return to the stage in an Edinburgh International Festival revival of the 2016 critically acclaimed Oresteia: This Restless House which will also play at the Citizens Theatre this autumn.

Many of the original 2016 cast have been reassembled, including Pauline Knowles, reprising her Critics’ Awards for Theatre in Scotland Best Female Performance award-winning role of Clytemnestra and George Anton (Paul Bright’s Confession of a Justified Sinner, Untitled Projects/National Theatre of Scotland; The Last Witch, Traverse Theatre/Edinburgh International Festival directed by Dominic Hill) as her husband Agamemnon.

Their children Orestes and Electra will once again be played by Lorn Macdonald who appeared at the Citizens Theatre as Renton in the recent production of Trainspotting and Olivia Morgan, a graduate of the Royal Academy of Dramatic Arts who has performed in productions by West Yorkshire Playhouse, the Almeida Theatre and Shakespeare’s Globe.

Also returning are George Costigan (Crime and Punishment and King Lear at the Citizens Theatre), Keith Fleming (Vanya and Miss Julie at the Citizens Theatre and Peer Gynt in the National Theatre of Scotland and Dundee Rep production directed by Dominic Hill) and Itxaso Moreno (various National Theatre of Great Britain productions, and appearances with Scottish theatre companies Fire Exit, Grid Iron and Vanishing Point amongst others).

The 2016 creative team have also been reassembled, many of whom work regularly with Dominic Hill to realise the distinctive theatrical style he has brought to his productions at the Citizens since his appointment in 2011. The team is comprised of Nikola Kodjabashia, composer on Citizens’ productions Hansel & Gretel, A Christmas Carol, Hamlet and Crime and Punishment; Colin Richmond, Designer on Crime and Punishment and Doctor Faustus at the Citizens Theatre and Lighting Designer Ben Ormerod who has previously worked with Dominic Hill on his 2012 production of King Lear and his 2014 production of Hamlet. Movement Director EJ Boyle, Fight Director Emma Claire Brightlyn and Assistant Director Jack Nurse complete the creative team.

Oresteia: This Restless House is one of three works by award-winning writer Zinnie Harris which will be presented at this year’s Edinburgh International Festival. Harris has previously worked with Dominic Hill in her adaptation of Miss Julie, presented at the Citizens Theatre in 2014, and Fall in 2008 for the Traverse Theatre. Harris was awarded Best New Play at the 2016 CATS for Oresteia: This Restless House, with the play also receiving nominations for Best New Play at the UK Theatre Awards, and for the Susan Smith Blackburn Prize, the international prize celebrating English language plays by women. The production has been selected as part of the British Council Edinburgh Showcase 2017. 2017 is the first year that the Showcase includes performances part of the Edinburgh International Festival, with Oresteia: This Restless House selected alongside a production by Forced Entertainment.

Dominic Hill’s production of Harris’ Oresteia: This Restless House epitomises the bold and ambitious vision that he has brought to the Citizens Theatre. When first performed in 2016, the production won great critical acclaim, receiving five star reviews from The Guardian and The Scotsman and nominations in five categories at the 2016 CATS awards.

Oresteia: This Restless House previews at the Citizens Theatre from Tuesday 15 August – Thursday 18 August, then transfers to the Royal Lyceum Theatre Edinburgh to preview on Tuesday 22 August. The production opens to press at the Edinburgh International Festival on Wednesday 23 August, playing until Sunday 27 August. The production then returns to the Citizens Theatre from Thursday 31 August – Saturday 9 September.

King Kong (A Comedy) – The Vaults