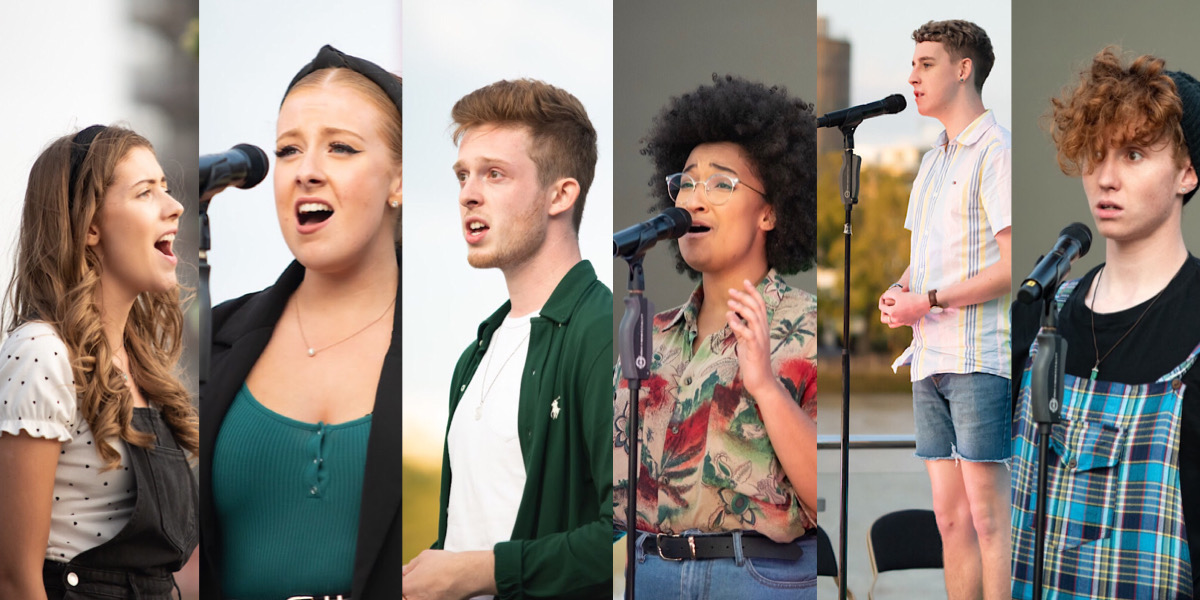 Creative manager of the Musical Theatre Appreciation Society, Willy Mukendi, and composer Joseph Purdue announce that the concert performance of Catfish The Musical will stream exclusively on the platforms Broadway On Demand and Stream.Theatre on Saturday October 31 and Sunday November 1 at 7.30pm.

Catfish The Musical is a dark comedy which explores the themes of social media and online dating and was created and composed by these two strangers, entirely over the internet. They only met for the first time on the day of the album rehearsal, and recorded the original album on only their third time of ever meeting.

Following on from its enormously well received album release earlier in the year, champion of new work Paul Taylor-Mills, produced the original concert for one night only with a cast of rising stars. Directed and choregraphed by Willy Mukendi and featuring additional choreography from Lee Proud, the show aimed to create live opportunity for new work, performers and creatives.

During lockdown, 17 West End stars, including Alice Fearn, Luke Bayer, Millie O’Connell and Maiya Quansah-Reed united to showcase the musical by performing covers from the album.

Willy Mukendi today said, “We have been so fortunate to have received consistent support from conception stages, right up until professional performances. During lockdown we, like many others, have had some opportunities cancelled and others postponed. One thing that never changed was our creative process. We have grown so accustomed to communicating online that nothing really changed creatively during lockdown for us. Creating this show online with a cast our size felt impossible at times, so we are so thrilled that we were able to continue and now provide this digital experience for those who weren’t able to get tickets.”

A portion of each ticket sale will be donated to Industry Minds, an arts mental health support platform. Tickets are available from Friday 16 October.

Willy Mukendi won the inspired champion award recognized by the Olivier Awards in 2018 for her contribution to the theatre community. For many years she has championed the arts mainly through her Facebook platform MTAS, currently the biggest platform for fans in the UK numbering at over 50,000+ members.

Joseph Purdue is the composer/lyricist of Unfolding Tales and Legends of Arahma. Both musicals were originated by West End talent including Jodie Steeles and Liam Doyle.