Chicago the musical is back with a sprinkling of celebrities, scantily clad dancers, and all that jazz.

After opening on Broadway in 1975, Chicago is the second-longest running show in Broadway history. With original choreography by the legendary Bob Fosse the 41 year old Kander and Ebb musical takes us back to the roaring twenties where jazz hands, sequins and the big band were at their height.

Based on a 1926 play of the same name by reporter Maurine Dallas Watkins, Chicago is a satirical musical about the administration of criminal justice and the glamorous murderesses that manage to corrupt it.

Whilst the stage remained dark and mystical the jazz band made up the back drop of the stage. Whilst I will always be in favour of appreciating the musicians that keep the show together, I felt that as Chicago takes place in a Prison, and not a nightclub, that something was missing from the set.

Bob Fosse’s famous choreography will always stand out as being the jazziest, and most full of pizazz of all the Broadway musicals and the cast pulled off his moves with elegance. The stand out musical number was Cell Block Tango, arguably one of the most famous numbers from the show and definitely the most entertaining.

Hayley Tamaddon (Delilah Dingle in Emmerdale) took the leading role as murdering mistress Roxie Hart. Her singing voice is good and her dancing stands up against the rest of the cast, she played Roxie perhaps a little too softly but her funny quips added to the dialogue made for a new, fun addition to the role.

Jessie Wallace (Kat Slater in EastEnders) played a strong, no-nonsense Matron ‘Mama’ Morton who ‘looked after’ the rest of the girls in the prison for a small fee. Her sass and power came through in her solo number When You’re Good to Mama along with a pretty impressive belt.

John Partridge (Christian Clarke in EastEnders) is the smooth but slimy lawyer Bill Flynn. He plays the role well and a particularly good number All I Care About sees him with a whole host of dancing girls and feathers, and it is clear to see he is in his element. He also stuns the audience in Act One by holding on a note that must have lasted at least a minute!

The rest of the cast piece together the rest of the show nicely, from the beautiful soprano voice of A D Richardson as shy journalist Mary Sunshine to the invisible Amos Hart played by Neil Ditt who encounters waves of sympathy from the audience after his rendition of Mr Cellophane.

Sophie Carmen-Jones definitely stole the show as glamorous killer Velma Kelly. Her acting, singing and dancing abilities are second to none and she stunned the audience throughout.

Whilst Chicago has won numerous awards and continues to sell tickets world-wide this production felt a little dated. Though the jazz numbers will remain popular and the story of the ‘wanna-be’ celebrity will always be prevalent in our society, the show lacked the overall Razzle Dazzle I was hoping for.

A strong cast does the show justice and fans of the show will still be thoroughly entertained. 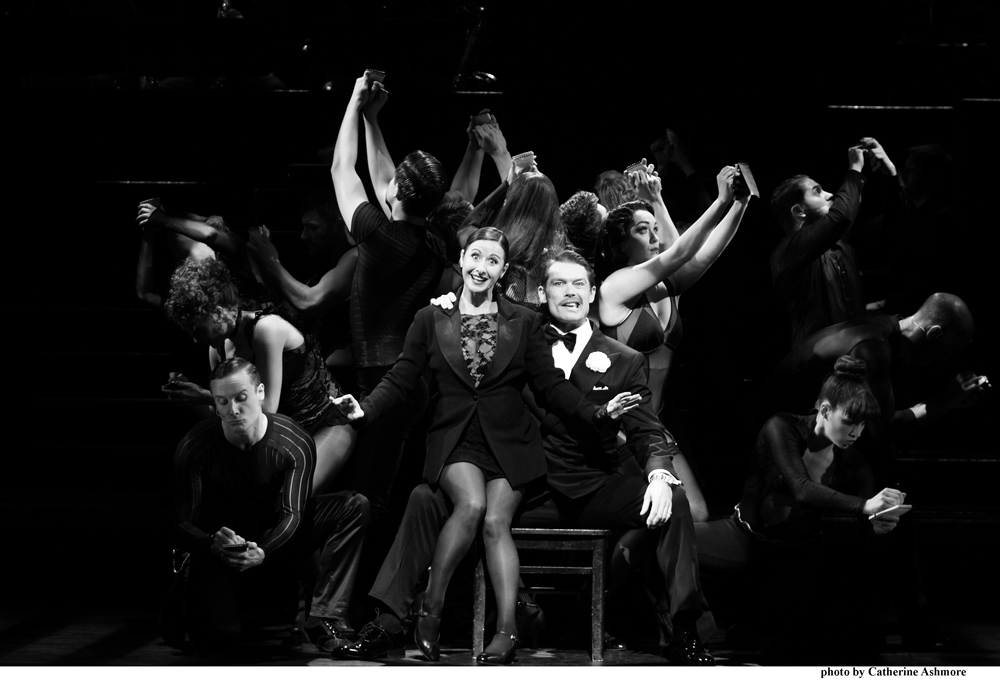 When We Are Married – UK Tour