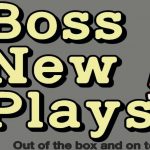 Doctor Zhivago is a generally unknown musical in the UK, despite the fact that it made its premiere 8 years ago in 2011, but today it had its first musical premiere in London’s Theatre Café on St. Martin’s Lane. With music by Lucy Simon (The Secret Garden), lyrics by Michael Korie and Amy Powers and the book by Michael Weller, the musical is based on Boris Pasternak‘s 1957 novel Doctor Zhivago; it already has the means to be incredible.

This miniature debut of the show was performed by the incredible Ramin Karimloo (Phantom of the Opera, Love Never Dies, Les Misérables) and Celinde Schoenmaker (Phantom of the Opera, Rocketman, Les Misérables). They sang three songs from the show; Who is she?, Now and Yurii’s Decision. To get an idea of the style of the music think along the lines of Frank Wildhorn’s Jekyll & Hyde and Boublil and Schönberg’s Miss Saigon. In a theatrical landscape of contemporary musicals that are turning completely to pop and rock genres, this is a new musical which truly hits the musical theatre bracket. The score is beautiful and lilting and shows off the incredible two voices that were singing it.

Ramin and Celinde were both outstanding and were completely charismatic and brought the fully packed room into the performance with them despite how early on in the rehearsal process they are. From the performance that I saw today, Ramin’s Yurii (Dr Zhivago) was intense and sincere, not too dissimilar from his Phantom but a little lighter and more humanly relatable and Celinde’s Lara was headstrong and charming. When asked to describe the show Ramin said it is “A passionate, complicated, rich love story, which is steeped in Russian history… the story was ahead of its time when it was written.” And Celinde emphasised the “strong, powerful characters”, especially the women, and the importance of their stories.

The formal UK concert premiere will take place on Sunday 1st September at Cadogan Hall at 2pm and 6:30pm and I cannot urge you enough to go and hear this beautiful score sung by beautiful voices for yourself. I would love to see this musical in its full scale and I hope that this concert debut is only the beginning of this shows life in the West End.

ESCAPOLOGY at the Old Red Lion