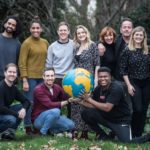 Pupils from eight primary schools across Liverpool and Warrington staged school plays with a difference on the Liverpool Empire stage from Monday 6th – Thursday 9th January 2020.

These schools have taken part in the National Theatre’s Let’s Play project as part of their ongoing involvement with the Liverpool Empire’s Creative Learning programme. Directed by their teachers, pupils will perform four specially commissioned new plays on the Liverpool Empire’s main stage. Pupils have been involved in every aspect of planning and creating their end-of-term plays, including set design, costumes, lighting, sound, special effects, make-up and stage management.

Let’s Play is a nationwide programme from the National Theatre that provides everything that teachers need to make an outstanding piece of theatre whilst supporting them to embed the arts and creativity across the curriculum. Schools signed up to the programme can send up to four teachers on a theatre making course led by professional theatre artists and get access to specially commissioned scripts, musical scores and backing tracks for original songs as well as curriculum-linked teaching resources.

The Liverpool Empire offer a varied and exciting Creative Learning programme, delivering performing arts activities and industry workshops to schools, young people, families and the wider community. The Let’s Play Schools Festival project is part of a nationwide ATG Creative Generation campaign, which supports schools in championing the arts in the classroom and inspiring the theatre professionals of the future.

Alice King-Farlow, Director of Learning at the National Theatre said:

“It’s such a fantastic opportunity for these schools to perform their Let’s Play productions on Liverpool Empire’s main stage. These pupils have been working hard on creating their wonderful productions and in the process have been finding out more about the Empire, their local theatre. We believe that all young people across the UK should have the opportunity to see, make and explore theatre as a part of their education – and we hope that more local schools will be inspired to take part, creating exciting new plays with their own pupils.”

“Working in partnership with the National Theatre and the Archdiocese of Liverpool Primary Schools Trust has enabled us to bring this large scale project to life, introducing over 300 primary school pupils to the world of theatre making and engaging them with their local venue. Upskilling teachers through unique CPD training opportunities has been integral to the project’s success, ensuring both staff and pupils have the necessary skills and feel empowered to create their own pieces of theatre. Transferring the plays from school halls to the main Empire stage is the final piece of the puzzle. We are thrilled to be able to give so many children this special access to work with professional technical teams as they take over our stage for a week, and are thankful to the Liverpool Empire Theatre Trust for their generous support in making this happen.”

“I am so impressed and proud of what the children and staff have achieved through the medium of theatre.  This was a once in a lifetime experience for the children, they grew as individuals and became stars in their own right.  Many of our children struggle with confidence but after this opportunity you could visibly see the children change and become more confident, outgoing and animated.  I can honestly say that this experience has changed our children for life and they will always remember this wonderful event for the rest of their lives. A big thank you to all the Empire staff involved and long may the opportunity continue because it is worth every minute of dedication to see the smiling and radiating faces after the children came off stage. “

To find out more about Let’s Play and register your school to take part, please visit nationaltheatre.org.uk/letsplay.

Let’s Play is based on an original idea by Katie Mitchell.

Let’s Play is supported by Paul Hamlyn Foundation and Charlotte and Simon Warshaw.

The National Theatre’s partner for learning is Bank of America.