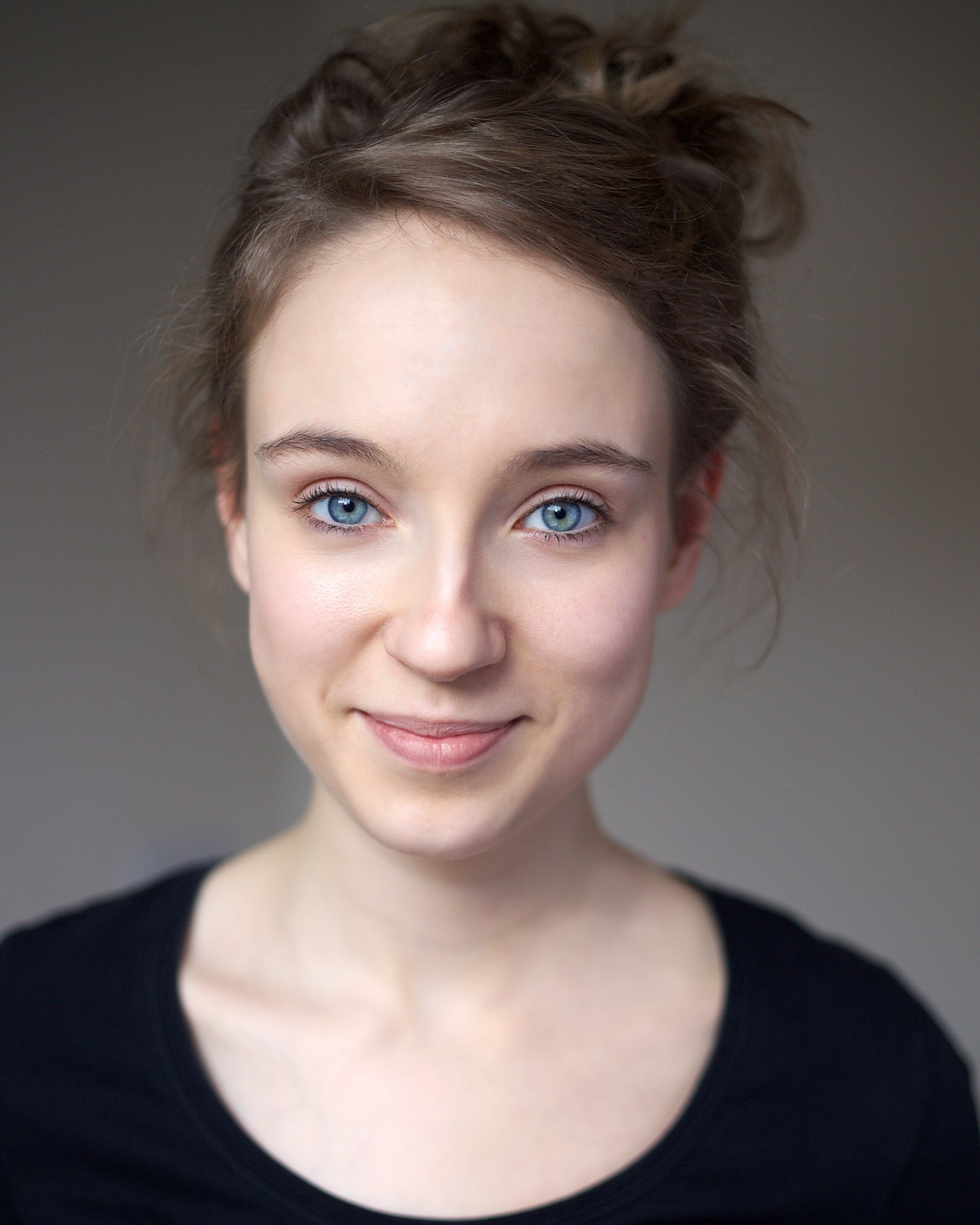 Emma Curtis is the 24 year old actor currently playing Elaine in The Graduate – a production by West Yorkshire Playhouse and Curve – on tour of the UK. Check out the review here.

Trained at the prestigious Royal Conservatoire in Scotland – Emma has embarked on her professional career and has already notched up a few credits including A Midsummer Night’s Dream at Liverpool Everyman and even TV & Film such as The Crown (on Netflix).

We said that The Graduate is “fascinating, funny and downright insane” and Emma “plays the role [of Elaine] sweetly, with just the right touch of oddity”. Frankly, she’s a very talented new actor breaking into the industry and we wanted to find out more.

Quickfire Intro:
– Where are you from originally, Which part of the country do you live now?
I’m from Scotland and now I live in London

– What’s your favourite play.
Black Watch by Gregory Burke – I saw it as a college student and it was the first play that really shook me to my core – and it had created such a reaction that I had to go back to watch it again.

– What’s your favourite musical. Do you like musicals?
I love musicals, I grew up watching musicals. I love Wicked – Wicked is my childhood favourite. I’ve seen it a few times and we figured it out that we must have seen it when it was Idina Menzel in the role of Elphaba.

Wicked is our favourite too, so there was some fan-girling between us here that we have duly cut from the interview!

– Who’s your theatre icon, if you could pick one.
David Tennant – definitely.

– When did you know you wanted to be a professional actor?
There wasn’t really one defining moment. When I was growing up I was always playing dress up, writing stories and putting on my own plays. I told some pretty fantastic lies as a kid too! I suppose it wasn’t until I graduated from drama school that I realised there was no turning back!

– Royal Conservatoire Scotland has been chosen as the 3rd best place in the world to Study performing arts. Did you feel like that at the time? That it was a really special place to be?
Absolutely yeah, I know i’m biased but I feel like the training was unparalleled and I certainly felt like I was getting the absolute best. Not just the programme but the tutors and people there too.

– How much do you think studying there has helped your career?
I would think so – certainly – well so much of what we do as an actor is trying to get your foot in the door and at the end of your training at any drama school you do a showcase where industry professionals come and see you and it’s your first step. So you know that if you’re doing a showcase with RCS you know it’s going to attract the right people from the industry which is definitely a good thing.

– What advice would you have to aspiring actors who wish to follow your footsteps into the professional world?
If you really feel like – it’s terribly unoriginal – but if you cant imagine yourself doing anything else then you should just do it. What I would say though is start saving now! Nobody really says that to you, people encourage you to go for it but you should always be realistic about the industry especially early in the career in terms of investing in yourself and covering your costs whilst you’re finding work.

– We described The Graduate as: fascinating, funny and downright insane. Is that how you view the show?
That’s accurate! I think it’s tricky to view the show when you’re on the other side of it. I remember that it wasn’t until after the first few times that we performed in front of an audience that we realised that it was a funny play. Because, of course, in a rehearsal room you’ll play it straight and you don’t get the reactionary moments – it’s rather delightful when those moments come from an audience.

– What attracted you to the show in the first place? – How much a factor was Lucy Bailey? (Director)
I hadn’t actually read the book or seen the film before going in for it so I wasn’t aware of the storyline – but I knew that Lucy was directing it and that was more than enough to get me on board, I would jump at the chance to work with Lucy anytime.

– What kind of character work has to be done to create such edgy characters?
The great thing about Lucy is that she’s so collaborative. We did alot of improvising and we spent time creating backstories aswell as plot lines that you dont necessarily get to witness during the play but you know are happening from what the characters are saying and we did alot of work like that particularly at the early stages of the rehearsals.

– What was the most challenging part of the rehearsal process?
I think putting together any piece of work that involves collaboration but we really do have a such a great team so any challenges we were able to overcome. Lucy created such a fun and safe space for us to work in. I think the backstage crew face some of the biggest challenges with so much to manage!

– Is it a fun show to be part of?
I really am having the best time with it! The answer is yes!

Aside from theatre you’ve been in some TV and Film including Wild Horses that was nominated at Cannes film festival.

– How did that come about?
Well it was Rory Alexander Stewart’s (Director) NFTS (National Film & Television School) Graduating Film – so I auditioned for it and he offered me the part and that’s how I got on board!

Did you get to go to Cannes?
No – I wish I did but it clashed with this. Rory took a red carpet selfie for me which was very sweet!

I’m very proud of that film and the success that Rory is having with it is fantastic and hopefully it will make him want to work with me again!

– How different is being in front of a camera than a theatre audience?
I find them to be two completely different things – the cameras can be beautifully intimate and capture even the slightest flicker across your face but there’s a lot going on behind that camera to make an audience feel a certain way. But then what you have in theatre is I guess the audiences energy to feed off and engage and part of the delight is getting that in the moment and it’s so special that the actor gets to share with the audience.

– Do you see yourself more on stage, tv or film? Or a mix of all?
I hope a mix of everything! Yeah!

– What’s next for you?
Well I just had the Ian Charleson awards which was exciting. Last year I wrote and directed my first short film and I’m writing a new screenplay so I’ll be focusing on that.

Emma can be seen in The Graduate until 24th of June. She doesn’t have a twitter but you’ll be able to follow her career here on At The Theatre and no doubt many more arts media platforms.