Fame is the stunning musical that will live forever. Inspired by the film but evolved into an established stage version of it’s own. Not only is it back on UK Tour but it’s better than ever, playing a limited West End run at the Peacock Theatre. Selladoor have hit the jackpot with the appointment of Nick Winston as Director & Choreographer, who’s creative flair is embedded in every second of this production.

With no parachuted “celebrities” in to swell audience numbers (for which all including casting directors Victoria Roe and Anne Vosser should be applauded) – what could be considered a risky move pays dividends in the resulting spectacular production. Whilst there certainly are recognisable names in this cast they are there because they, along with a very talented cast, deliver one of the best versions of this musical that has been on stage for some time.

A backdrop of headshots takes the focus of a contemporary set that is well lit and effective throughout (Morgan Large & Prema Mehta). With well used entrances enabling the cast to quickly change scenes, without any delay – but it’s the talent on stage that really commands your attention.

A young, fit and energetic cast convey P.A. (the high school of performing arts) in the most convincing way of all. This cast is a quadruple threat – performers not only act, but play instruments, sing incredibly and boy, do they dance! The choreography in particular by Nick Winston is awe-inspiring and the delivery does him justice.

The perfect balance is struck between actor-muso and band to ensure that no energy is removed from other parts of the performance. There are particular highlights throughout the production, not least “There She Goes” into the title track where Winston’s exceptional choreography takes the production to the next level.

Show stealing moments are aplenty throughout this show. Schlomo & Carmen (played by Simon Anthony and Stephanie Rojas) delight as they skilfully deliver the highs and the lows of their relationship. Keith Jack & Molly McGuire also create some wonderful moments as Nick & Serena, leading into “Lets Play A Love Scene”.

Jamal Kane Crawford as Tyrone Jackson lifts the audience up sky-high with his performance of “Dancing On The Sidewalk” – a choreography masterclass, a total highlight and a spectacular moment in Act 2. The way that the scene is sandwiched between Tyrone’s own academic struggles is beautiful direction. Tyryone’s relationship with Iris (Jorgie Porter) is also a real highlight. Porter is a great casting and genuinely excellent throughout. Her Iris is sincere and she is at the forefront of some big numbers with not a foot out of place.

The “Teachers Argument” provides one of many vocal highlights – how could it not with the impressive Katie Warsop, who is exceptional throughout as Miss Bell, and Mica Paris as Miss Sherman. “These Are My Children” is a spine tingling delight from Mica Paris as she brings the house down with her remarkably understated portrayal of a frustrated teacher. A well known name maybe, but she’s here for her exceptional talent.

The finale is an emotional one – a beautiful culmination of the story-line which is full of so many issues that are just as easy to relate to as they were 30 years ago. Exploding into the title track featuring the incredible vocals of Stephanie Rojas and Mica Paris ensures the audience are on their feet to end a superb evening on a high.

Fans of the film should be prepared that this is NOT the film. If you want the 2019 embodiment of a classic then buy your tickets because you are going to be whisked away for an incredible ride. If you think you’ve seen this before – you haven’t!

Buy your tickets for this incredible show for it’s limited London run: Click here for Tickets… 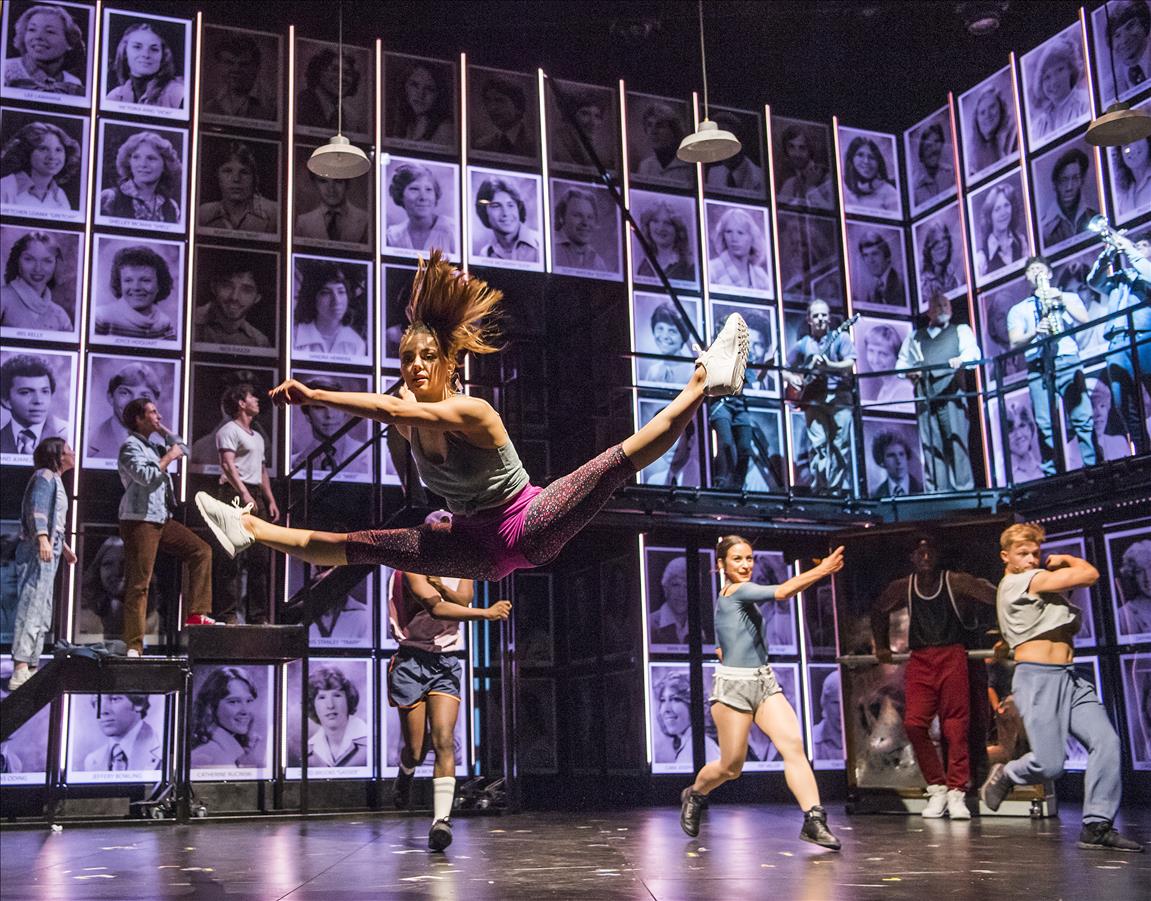