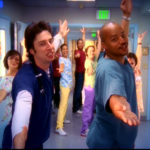 As part of the UK-India Year of Culture in 2017, the Indian High Commission, the Ministry of Culture, the Indian Council for Cultural Relations and leading Indian festival producer Teamwork Arts are bringing a selection of some of the best in Indian theatre, dance and music to Edinburgh’s Festivals this August.

India and the UK, bound together through history and shared values of democracy, rule of law and pluralism, share a strong and multi-faceted partnership with deep cooperation across various fields including economics, business, science, and culture. The UK-India Year of Culture follows the joint announcement in 2015 by Prime Minister Narendra Modi and then-Prime Minister David Cameron of a bilateral initiative to mark the deep cultural ties and the 70th anniversary of India’s Independence; a commitment that was reiterated during Prime Minister Theresa May’s visit to India in November 2016.

The Year of Culture is a year-long celebration of this partnership between India and the UK, and will see a vast programme of cultural exchange and activity taking place in cities across both countries. This will include programmes celebrating India’s heritage and contemporary culture as part of the dynamic India@UK2017 festival.

One of the major strands included in the festival is India @ Edinburgh, which will showcase the fascinating and timeless appeal of Indian theatre, dance and music at The Royal Edinburgh Military Tattoo and in some of the most popular venues on the Edinburgh Festival Fringe.

This strand will showcase some of the best music, dance and theatre that India has to a variety of audiences.

At The Royal Edinburgh Military Tattoo, Teamwork Arts have worked together with the Tattoo Production team and the Indian Government to showcase the best military band in India today, The Naval Band, whose performances have enthralled audiences in faraway places such as Rabat, Tokyo, Sydney, Odessa, Istanbul and London. Teamed up with a troupe of dancers portraying the festival culture of India’s Western seaports the scale of the Indian presence is set to be one of the biggest seen at The Royal Edinburgh Military Tattoo.

Director and performer Yuki Ellias weaves a web of intrigue and a tale of epic adventure in Elephant in the Room paying homage to Lord Ganapati. This wonderful play for children and families was among the most acclaimed in India last year. At the Assembly Rooms, this summer Edinburgh audiences have the opportunity to experience it in the UK for the first time.

Director Yuki Ellias graduated from the Jacques Lecoq School of Theatre, Paris and London school of Performing Arts. An energetic, enthusiastic and warm performer, movement director and filmmaker she had wanted to make Elephant in the Room for three years.

Yuki Ellias said “It is a story about a boy who has an elephant head and is in search of his missing one. This journey of his brings in its wake the story of identity, patriarchy and the idea of the balance between God, man and nature.”

Aditya Roy is bringing his storytelling born out of martial arts training in the tale of The Offering, showing this August at C Royale. At its core, The Offering is the story of the relationship between the Guru and the Shishya, or Master and Student.

Aditya Roy is a writer, director, musician and martial artist. He was introduced to theatre at the age of four. His main focus has been on martial arts. But Aditya spent three years as assistant director of the musical production Zangoora – The Gypsy Prince at the Kingdom of Dreams during which time he started looking for ways to integrate martial arts with theatre through movement workshops.

Aditya Roy said “The Offering was written by me and my mother, who inspired me to go into Martial arts by telling me stories of warriors from the past. Warriors who stood for more than their ability to just take lives.”

Telling the tale of Majuli, the world’s largest and stunning river island in Assam’s mighty Brahmaputra river, through an evocative narrative of movement, dance, music, and theatre Shilpika Bordoloi celebrates the spirit of Majuli and the intricate bond between people and their land at Edinburgh’s Dance Base.

Born in a quiet corner of Assam (Dhemaji) and brought up in Jorhat, Assam, Shilpika Bordoloi has always been headed for a life of dance. From the age of three, she trained at the Indian classical dance form of Manipuri under Guru Rathindra Sinha and later on with Padmashree Darshana Jhaveri. She went on to study the Indian classical dance Bharatanatyam under Padmashree Leela Samson and later worked in her company, Spandan. Shilpika has deliberately not trained in any of the Western dance forms allowing her to generate her own language.

Shilpika Bordoloi said “This production is an earnest effort to share the story of Majuli through a personal vocabulary of movement, dance and theatre. The island has fascinated me from my early childhood days through frequent boat rides that I shared with my father.”