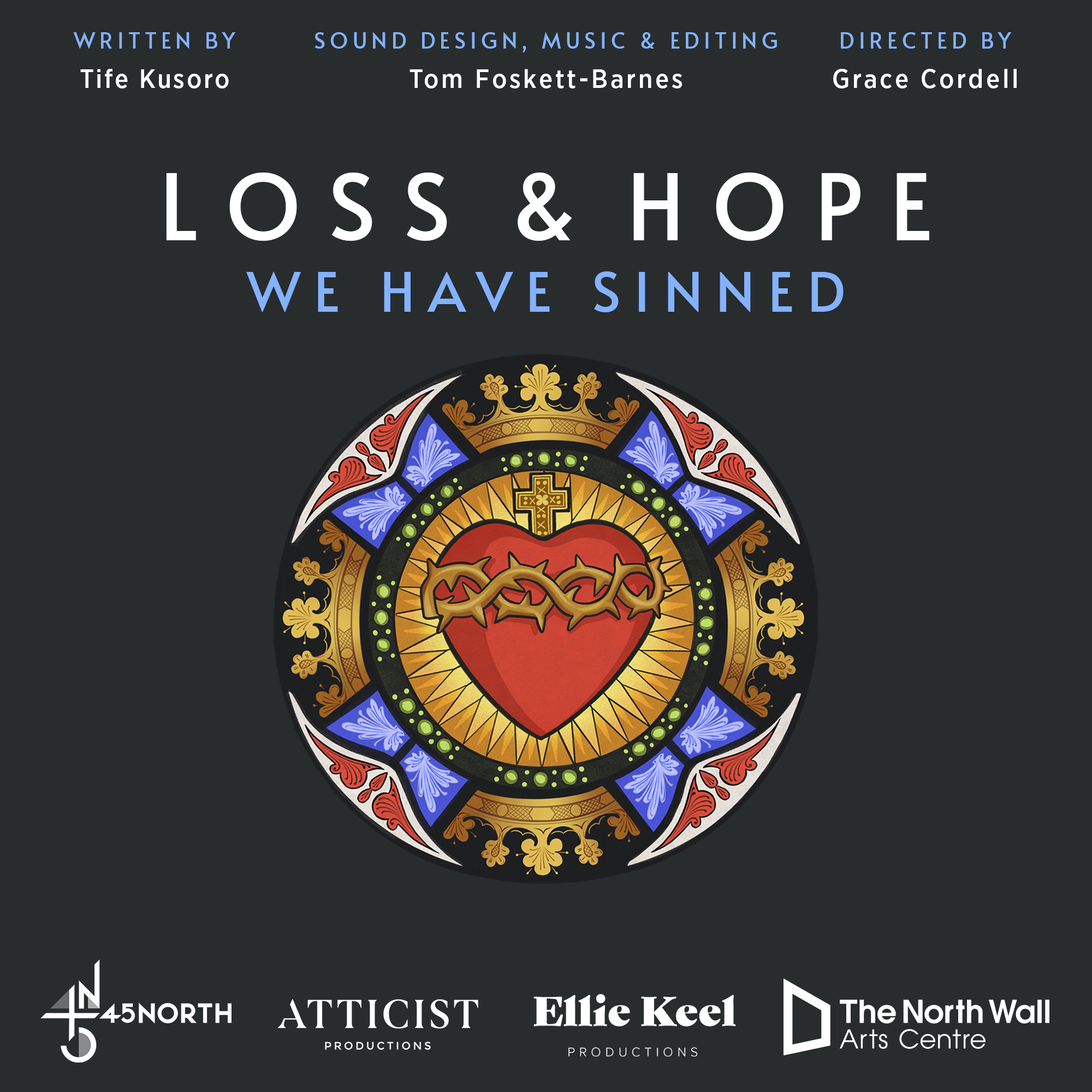 The second in the series to be released, on Thursday 24 September, will be Rafaella Marcus’ debut play for audio, The You Play: small acts with Rebecca Banatvala, Jonathan Case, Amber James, Daisy Lewis, Ken Nwosu, Katherine Parkinson and Boadicea Ricketts.

The season will continue throughout the remainder of 2020 with Lem N Ginge: The Princess of Kakos released on 5 October. Writers and directors of the piece, Ell Potter and Mary Higgins will also star in this four-part feminist, queer, comedy-quest narrative, alongside Olivier Award-winning Sharon D. Clarke.

A Passion Play by Margaret Perry sees Hannah Bristow and Nicola Coughlan take to the airwaves. Directed by Jessica Lazar, it will be available from 26 October.

The first in the series, and currently live, is Loss and Hope – a trilogy by Luke Barnes, Tife Kusoro and Rafaella Marcus. Starring Liam Jeavons in This is a Man, Olivia Marcus in The Gift and We Have Sinned starring Seraphina Beh.

These can be accessed via www.forty-fivenorth.com/writtenonthewaves. Further casting for the first season will be announced shortly.

Listeners are invited to lose themselves in the intimacy of these audio worlds, in these nine thrilling, newly commissioned stories which will spark listeners’ imaginative worlds, and enable audiences to connect with each other while we are forced to remain apart.

The You Play: small acts

A narrative journey loosely based on Shakespeare’s A Winter’s Tale which puts the listener in an active role at the heart of the play, encouraging them not only to listen, but to dynamically participate in the creation of a unique piece based on their reactions to a set of instructions given throughout.

Jonathan Case is a recent graduate of LAMDA. His professional theatre credits include Harry Potter and the Cursed Child (Palace Theatre).

Ken Nwosu has recently starred as the lead in the ITV drama, Sticks and Stones. For theatre, his credits include Three Sisters, An Octoroon, As You Like It (National Theatre), Boundless as The Sea, The Alchemist, Othello, The Merchant Of Venice, The White Devil, The Roaring Girl (RSC), True Or False (Arcola Theatre) and Magenta Clouds (Theatre503). Further television credits include The Letter For The King, Killing Eve, Upstart Crow and Catastrophe.

The story of two teenage girls taking part in their local passion play in a church in Cork, examining their changing relationship with the play and each other.

Nicola Coughlan recent theatre credits include The Prime of Miss Jean Brodie (Donmar Warehouse) and Jess and Joe Forever (The Old Vic). She will appear in the forthcoming Netflix series Bridgerton. Further television credits include Derry Girls and Harlots.

By Mary Higgins and Ell Potter

A four-part, all-singing all-dancing queer feminist fairytale which turns the typical quest narrative on its head. Two out-of-work actors set out to find a princess’ lost voice, and in the process save the young women of Kakos.

Ell Potter devised and stars in Lem N Ginge: The Princess of Kakos. She graduated from LAMDA and while studying, she was named Audible’s ‘Breakout Star’ of 2019, recording their bestselling Thriller of the Year, Winter Dark; and was shortlisted for the Alan Bates Award. She is also a prizewinner in the BBC Carleton Hobbs Bursary Award. Her credits include HOTTER and FITTER (Soho Theatre), The Unwelcome and The Country Girls (BBC Radio Drama).

A trilogy by Luke Barnes; Tife Kusoro and Rafaella Marcus

A trio of short plays first developed with The North Wall.

This is a Man stars Liam Jeavons. His credits include The Comedy About a Bank Robbery (Criterion Theatre), The 39 Steps (Lyric Theatre Belfast) and Primetime (Royal Court Theatre).

The Gift stars Olivia Marcus. Her credits include Lord of The Flies (Theatr Clwyd) and Nobody (The Other Room).

Grace Cordell directs The Gift. Credits include Blackpool What a Shit Place to Die (Theatre503).

Madeleine Kludje directs This is a Man. Her recent credits include a devised piece for the new entrance opening of the Victoria and Albert Museum with young people from Emergency Exit Arts, Check the Label (Bristol Old Vic) and Fable (Young Vic).

The full line-up for Written on the Waves Season 1 includes:

Directed by Mary Higgins and Ell Potter, with sound design, composition and editing by Tom Foskett-Barnes.

Rafaella Marcus’ debut play for audio, which makes the listener an active participant in their own play.

Directed by Jessica Lazar, with sound design and editing by Dinah Mullen.

By Margaret Perry, originally a Paines Plough seed commission and now co-produced with Atticist Productions Ltd, which tells the story of two teenage girls taking part in their local passion play in a small church in Cork.

Directed by Jessica Lazar, with sound design and editing by Annie May Fletcher.

By Amanda Wilkin, based on the life and music of Samuel Coleridge-Taylor.

By Rafaella Marcus, expanding on the form of The You Play: small acts.