King Kong (A Comedy) – The Vaults 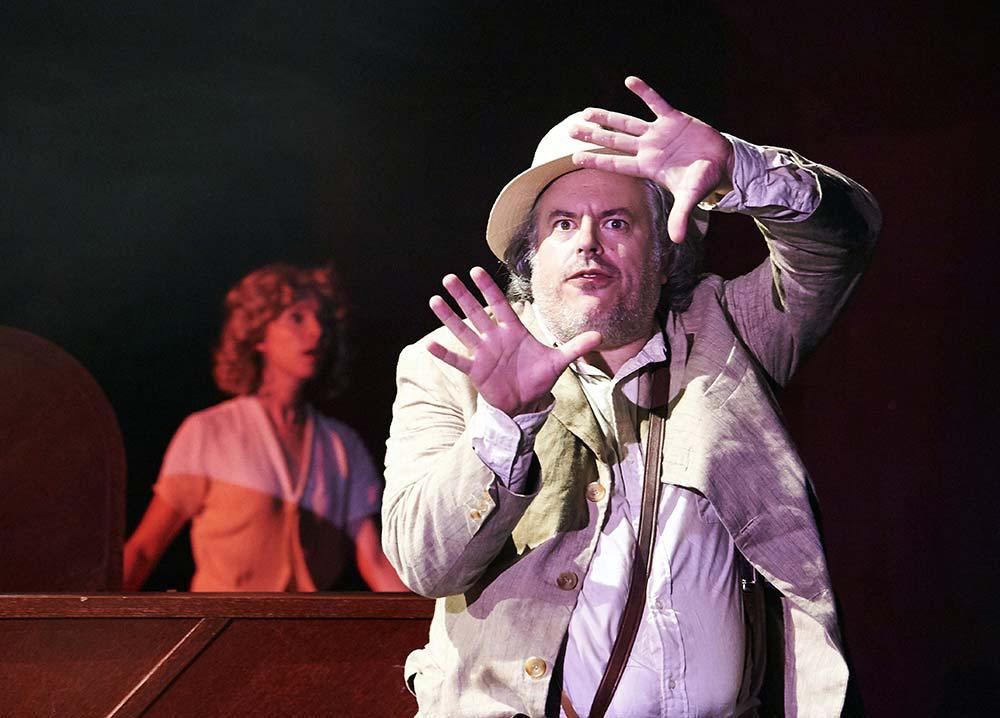 The iconic 1933 film has been rated the greatest film of all time by respected film website Rotten Tomatoes – and has inspired many other films and productions through the years. This latest byproduct, King Kong (A Comedy), brings an entirely new take on the film. Based loosely on the original storyline – this slapstick, intentionally farcical comedy is 80 minutes (1 Act) worth of hilarious fun.

Our play follows failing film producer Carl Denham (Rob Crouch) and his journey by sea, to capture the beast of King Kong and bring it to New York – surely cementing his place as one of the great film makers.

All this is played out on a set that masterfully designed by Simon Scullion to perfectly utilize the space in the unique, wonderful venue that is the Vaults. It’s ingenious layering perfectly accommodates the elements of surprise and puppetry.

It’s the style of comedy that most people can at least find amusing, albeit some jokes go further than others.

Brendan Murphy as Token Guy is genuinely hilarious. The role is superb and one that he plays very well. It’s this americanised humour that can either be eye-wateringly funny or fall flat. This role achieving the former.

The comical themes are sprinkled throughout and without ruining any jokes it’s safe to say that this is a very professional cast who definitely get the best out of a very promising script.

This is a fun new comedy in a superb venue. As nights out go, this one is a great one!

King Kong (A Comedy) plays The Vaults until 27th August 2017. Buy tickets and check it all out at: KingKongComedy.com.