It’s the magnificent musical that has not only stood the test of time, but continually sets the standard. 34 years since it opened in London, it has been seen by 70 million people – in 52 countries and 22 languages. Not just a successful show, it is the epitome of theatre.

It also continues to evolve. This, the international tour and latest version of the production has been Directed with expert precision by Laurence Connor and James Powell. It looks and feels like 34 years of continued hard work – and that’s because it is. Connor has directed the production on Broadway and worldwide, whilst Powell appeared in Les Misérables as an actor at the Palace Theatre, London before becoming Resident Director in 1996.

It is presented by Cameron Mackintosh, the most prolific theatre producer in the world. You know that the standard is high, and it is no surprise that tickets sell at a remarkable pace for this production all around the world.

Artwork from original writer Victor Hugo makes way for the introduction of Jean Valjean, 19 years a prisoner for stealing a loaf of bread. When he receives compassion unexpectedly, he uses it as a catalyst to a better life – eventually becoming the hero of one little girl and of course the whole piece. Valjean is played expertly by Killian Donnelly, a master at work, conveying every emotion whilst humbly connecting to the audience who sit in the palm of his hand. “Bring Him Home” being a particuarly poignant highlight of many in his performance.

A large cast present the story of Valjean’s release until his last breath, set in 1815 and in a revolutionary France. Poverty is widespread and desperation leads to a tragic life for most – not least Fantine, played by Katie Hall, who’s daughter lives with the Thénardiers.

Hall’s portrayal of such a tragic character breaks the heart of every audience member.

Relief from the desprately sad circumstances comes from “Master of the house” Thénardier and Madame Thénardier. As laughable con-artists, they are every inch as filthy and grotesque as you would expect them to be. Martin Ball and Sophie-Louise Dann perfectly portray the pair, sending greasy shivers down your spine and entertaining in equal measure. 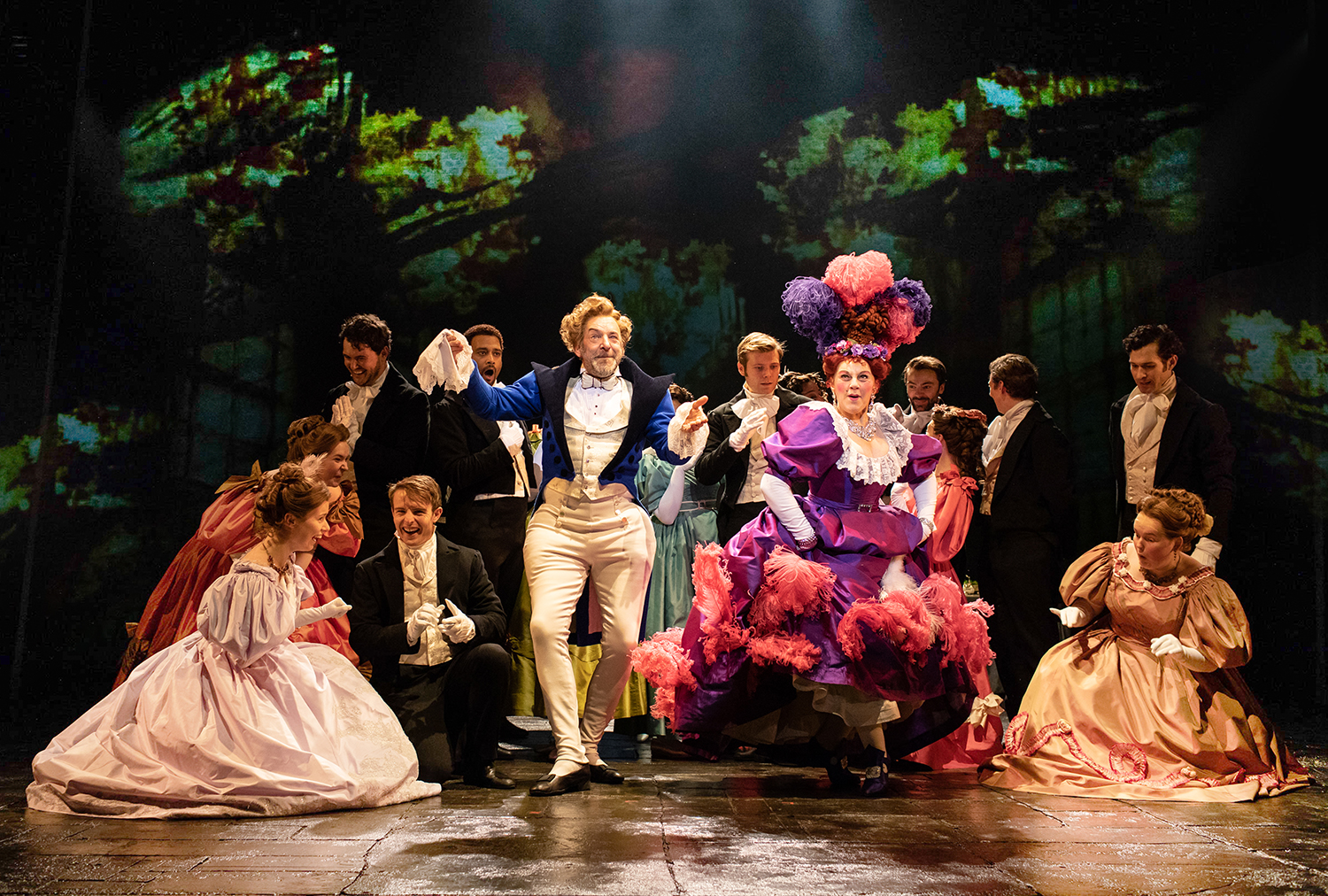 A stunning cast sees Nic Greenshields play Javert, the police officer who persues Valjean his entire career. He is exceptional, a convincing portrayal throughout and his final scene is a technical wonder. To feel for the villian takes some remarkable stagecraft.

Tegan Bannister in the role of Eponine also pulls the heart strings, any confusion about how we should feel about her character well and truly set aside by her opening of Act Two: On My Own.

The show through it’s three hours builds and climaxes several different storylines, one of which is the story of the barricades. Led by Will Richardson, who whips up his troupes in the role of Enjolras. His is another stand out performance. The boys who fight, and die, in the great battle are a spectacle of the performance. Technically, this is another of the many wonderful scenes – each death so vivid and raw.

The intertwining of the storylines is the particular wonder of this production. As all the characters are set up for action in their own plights, One Day More, a magnificent song that brings together the plot, the characters and overlaps their individual musical styles in spine-tingling style – bringing the house down at the interval. You will leave wishing you could see this moment again, and again, and again.

A huge set makes use of clever movement and space to quickly convert into the various locations, from the most detailed of scenery to several moments of empty, stripped back scenes, leaving one character alone on an empty stage to open their heart.

A dimly lit lighting plot compliments an atmosphere that leaves you in suspense, picking out no more than what you need to see, whilst asisting in the quick change of scenes too. Spectacular projection is possibly the major in the recent times of the production, used impressively to maximum effect. It should be noted that the sound, including a 14 piece orchestra, was perfect. Ben Atkinson has the pleasure and the talent of directing one of the most amazing musical scores in the business.

A review like this is so easy to write, and could go on forever. There are three hours of spectacular entertainment on offer for you, with so many moments so expertly delivered by a cast and crew of the very highest calibre. Buy your ticket and find your moments.

This is a musical theatre masterclass. A remarkable triumph. Do everything you can to get a ticket.

Box Office: 0844 871 3017. Calls cost 7p per minute, plus your phone company’s access charge (Information correct at the time of writing).