Peter Pan is a tale known the world over and a firm family favourite – but you won’t have seen this version on stage before, because it never has been! Peter Pan in Scarlet is the official sequel, written by Geraldine McCaughrean and transferred to the stage by talented co-producers the New Vic Theatre & Oxford Playhouse under Director, Theresa Heskins.

The co-producers have described this production as the perfect adventure for the whole family – and they are completely right.

The show begins with a whirlwind of fun as characters are quickly introduced before settling (after a few minutes) into the story line. Actors form part of the band who are permanently on stage and the auditorium is converted into Neverland.

Many years from their original adventures, the children – Wendy, Michael, John and all – now fully grown adults are brought back together by their dreams that something is not right in Neverland. They don’t know what it could be, they just know they have to go back. Upon their return, time that once stood still appears to be moving forward – people are growing up. Their old foe Captain Hook has unfinished business.

The story is as exciting for the adults in the audience as it was for the children, but the children in particular were completely immersed in the adventure playing out in front of them.

It’s not just a brilliant story, though, that brings the adventure to life in this production. Technically this show is stunning.

From the stage trickery of throwing the treasure map so quickly across the stage to the way the set is transformed into a circus in seconds with a masterful use of experience and intelligence, this show completely wows you. the tech & set is superb, from Designer, Liz Cooke.

The flying (from Arial Director, Vicki Amedume) is a clever and visually stunning feature of the show that drew an early applause from the audience and the way that the pirate ship is built and used towards the end of Act 1 is the absolute highlight of a truly wonderful display of stagecraft.

It is unfair to highlight certain actors over others, but it is a welcome return to the New Vic for Michael Hugo who has the audience in the palm of his hands in every performance he’s a part of. Perfectly cast as a most comical fairy.

They weren’t lying when they said this was the perfect adventure for all the family. Take yours to see this brilliant production. It is an ideal first production for younger family members and a thoroughly entertaining show for all ages. 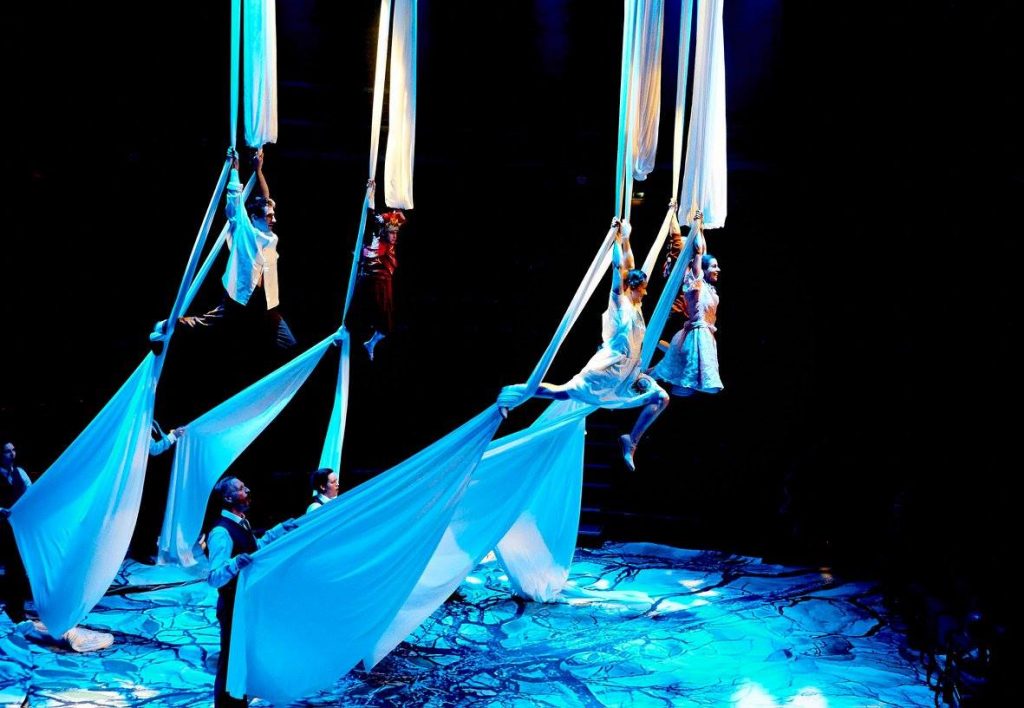 Puppetry of the Penis